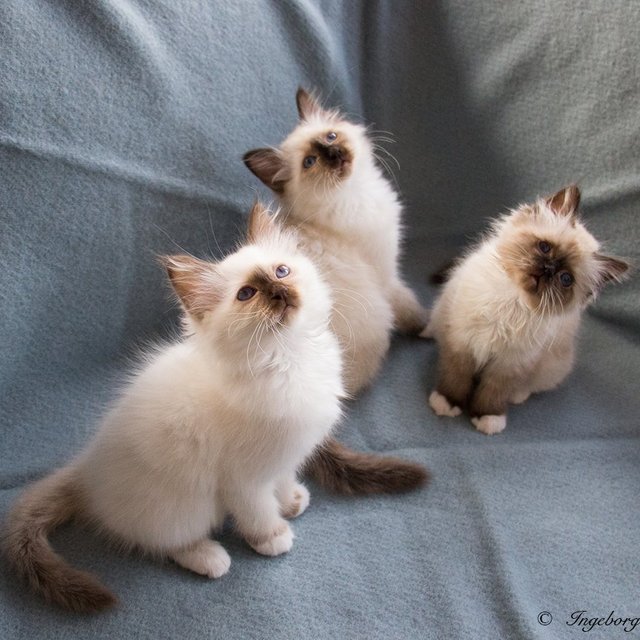 The combination is the DNA test for over 40 different hereditary diseases. Read more about the test during the DNA-test in the manu. 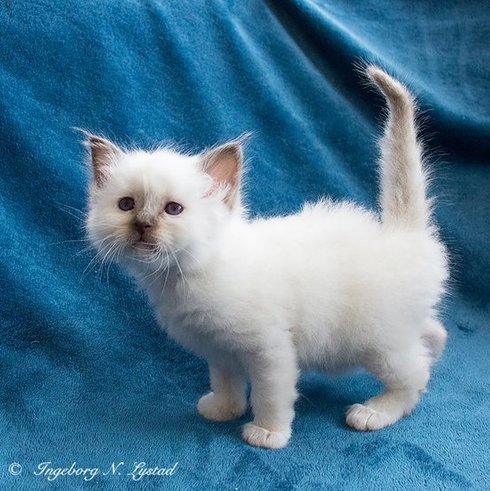 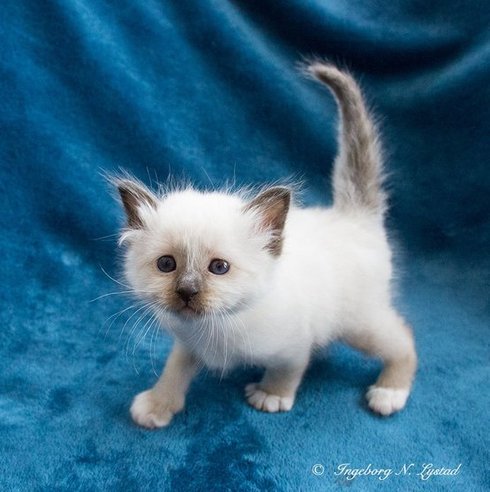 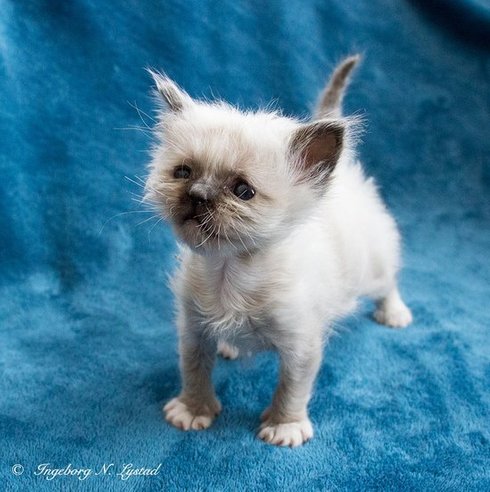 May 9th we went to Kristiansund for a confirmation celebration. Felix is going to live with my mom, and Thea can not be home alone. They stretched their legs when we took the ferry. Great little kittens. New pictures of them in albums.

Selma has also moved to her new home at Kristine. We wish them lots of luck in the future and all good.

Today we were out in the sun, which was so exciting we almost did not got any pictures of them. Today's exercise! But Snorre was ready to be photographed.

The kittens are soon 10 weeks. They are very active, playful and and love to cuddle. Felix is similar to his father, does not like heights but loves attention. Selma is a little diva, lovely girl. And Thea is our sweet turbo. Everyone eats well and Felix have higher weight than Selma now. Yesterday's weights: Felix - 1285g, Selma - 1225g and Thea 1060g. New pictures of the album.

The litter is soon 8 weeks, time goes fast! They are active, cuddly and eat well.

During today's photoshot, we ran out of battery on camera. Then it became a mix of mobile and camera pictures. You can see them in the kittens album.

The kittens grow and enjoys playing. Felix is so good with Thea, washing and takes care of her her. Good with fur on the whole litter. The theme for the litter is February Fairies. Today's weights are Felix - 537g, Selma - 612g and Thea - 434g.

We have decided that NO*Ped Alba Thea - SBI n will stay in our breed.

The kittens are almost 4 weeks old. They have just tasted solid food and have begun to play. Lovely Selma is over half a kilo - 504 grams. Felix is now 454 grams and does not quite understand the meaning of this brown stick (food). I put some food on his tongue, and then he understands the point. Little sweet weird Thea, it seems she's trying catch up with her siblings on weight. She now weighs 363 grams. New pictures of them in album.

Added new pictures of the kittens and Eloise in their album.

The kittens have moved to the living room. Mom wants attention all the time. The boy is named

Felix. He is very cozy-boy, seal point and 331 grams large.

The chocolate girl has gotten the name Selma (as Alva decided, named after her cousin). Round and mother-girl, weighs 376 grams now.

Little cute Thea. Seal point, 68 grams when she was born, and know reached 236 grams. She's our little heart-girl when she had to be bottled up the first week. Something special with them. She also got a lot of good raw milk from her mother. She slowly gained weight and was given a little extra. Now she is the very strongest and must crawl around.

New pictures of them in albums. Watch video of them on our fb group.

The litter is now 12 days old. The kittens are just fine and grow and thrive. Cat mother Eloise is also now in good shape after developing milk cramps. This was probably the cause of birth difficulties, and it was a scary, but know its under control. I'm glad I'm a veterinarian, if not this had gone wrong. The entire cat family was at work and catmother received calcium and liquid intravenously. It took about a day before Eloise managed to eat and drink herself and I had tears in my eyes when she ate her first ham piece. Now I feed her with yogurt naturally and wet food and I do not know what. The kittens have milk replacement a few times a day, so the mother of the cat does not lose weight for chalk again.

The boy is already a cozy-boy. He is as loud as his daddy. Now weighs 270 grams. Seems to be brown - SBI n, and my mother has reserved him. Video of him on fb.

Little sprelle-Thea, my youngest daughter has given her the name. Weighs of 163 grams. Active and lively and looking brown - SBI n.

Tjukke-bolla has probably found the best breast. Looks like a chocolate mask - SBI b, 290 grams.

New pictures of them in album.

There are two girls and one boy. The fourth (a girl) was sadly dead and created complications, she would simply not go out, in good veins. I had to put Eloise on the operating table today and bring out the last one. It went well, she is now awake and feeding her children.

More information about the litter comes.